On October 18, 2019, our visiting author was bestselling sportswriter and historian, Andrew Maraniss, author of Strong Inside and Games of Deception.

Strong Inside is the true story of Perry Wallace, a basketball player at Vanderbilt University, who was drafted by the Philadelphia 76ers and later became a law professor. But along the way he encountered some major obstacles, including death threats, doors slammed in his face, and vicious physical attacks. Why? It was the 1960s, and he was the first African American basketball player in the Southeastern Conference. 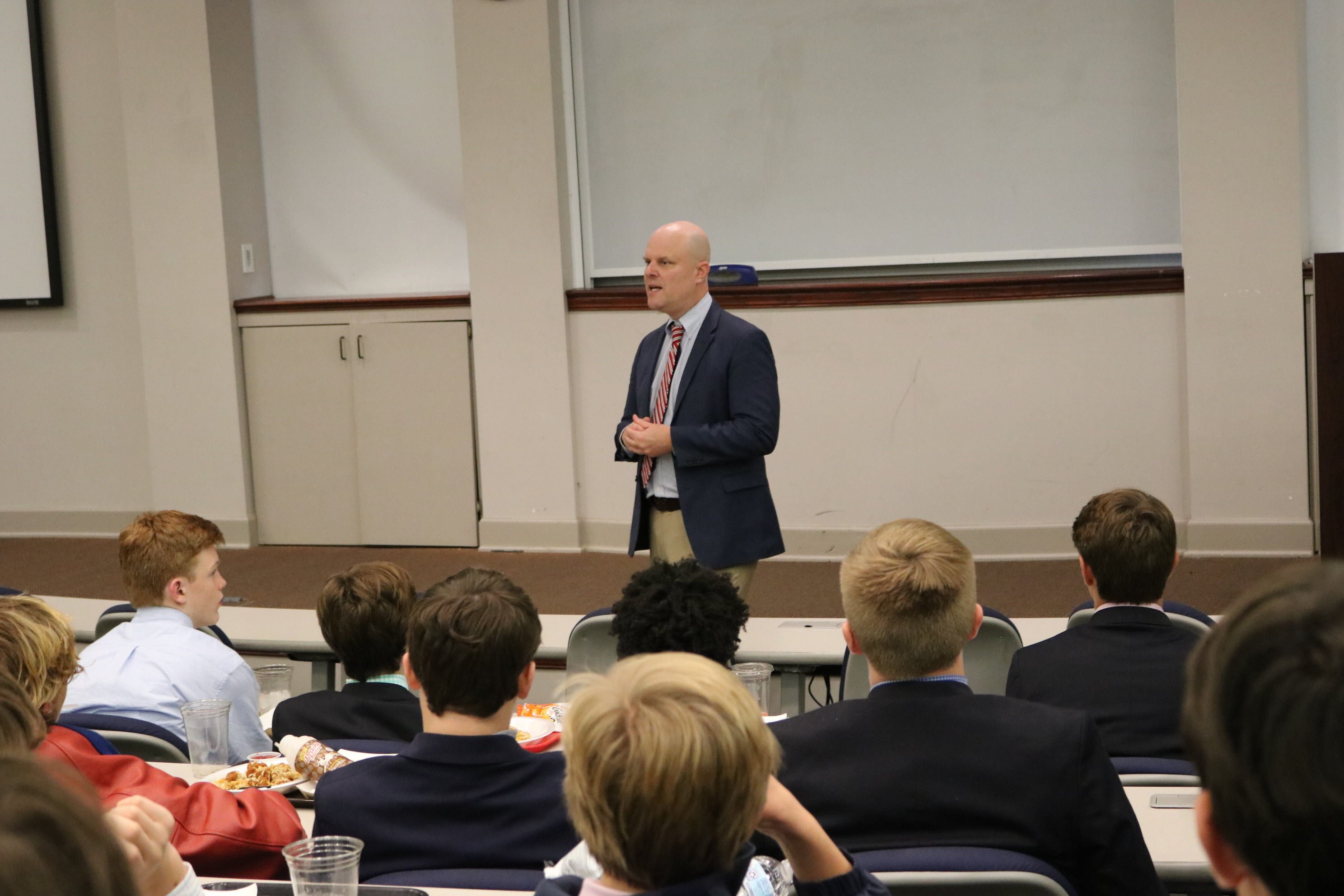 After chapel, the book signing included cookies in the Dining Hall, where students and faculty met him and got autographed copies. He then spoke with Mrs. Crosby's AP English class and had lunch with the entire basketball team, explaining his writing process, answering questions, and describing his experiences researching his books.

Published on November 5, Games of Deception is the story of a brand new U.S. basketball team that went to the German Olympics in 1936, when Adolf Hitler was in power. The young adult nonfiction book explores whether or not the basketball team should have participated in the sport, since many in the United States were urging them to boycott the Olympics.

Maraniss was well received by students and faculty.